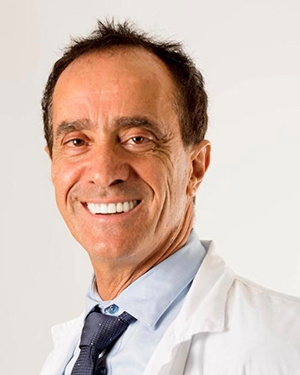 Asher Bashiri, MD, is a full Professor of Obstetrics and Gynecology at Ben Gurion University of the Negev and is the Director of the Maternity C Ward and Recurrent Pregnancy Loss Preventive Clinic at Soroka University Medical Center in Beer-Sheva, Israel.

Professor Bashiri performed fellowship in Ultrasound in Obstetrics and Gynecology at New York University Medical Center (2002-2003). He is board certified by the U.S. Educational Commission for Foreign Medical Graduates and has received a Certificate of Specialization in Obstetrics and Gynecology. In 2012, he was granted the Edmond J. Safra Award for Excellence in recognition of his high achievement in medicine and academics and his social contributions.

In addition to his clinical work, Prof. Bashiri served as the coordinator of the Obstetrics and Gynecology clerkship for 5th year medical students, the chair of the Research Project Committee, and he is currently the chair of the final OBGYN examination committee at Ben Gurion University. Since 2015, he has served as the Chair of the Academic Committee of the ISEF. In 2018 he was elected as a committee member and the treasure of the Israel Society of Maternal Fetal Medicine. From 2020 he is the vice dean for social involvement at the Faculty of Health Science at Ben-Gurion University of the Negev..

Professor Bashiri has published over 90 scientific articles, reviews, and book chapters. He is a co-editor of the book Recurrent Pregnancy Loss: Evidence-Based Evaluation, Diagnosis, and Treatment. Additionally, he is a reviewer for several publications, including the International Journal of Gynecology & Obstetrics, and he serves on the Editorial Board for the International Journal of Case Reports and Imaging. He is also a member of numerous professional and scientific societies such as the Israel Society of Obstetrics and Gynecology, the International Society of Ultrasound in Obstetrics and Gynecology, the American Society for Reproduction in Medicine, and the European Society of Human Reproduction and Embryology.

Additionally, Professor Bashiri has been invited to give over 100 lectures and presentations at important international conferences.

In 2016, he established the first World congress on RPL, WCRPL, Cannes, France and was also the president of the second WCRPL 2017 in Cannes, France, the Third WCRPL 2018in Madrid, Spain, the forth WCRPL 2019 in Israel and the Fifth WCRPL 2021 Webinar . In addition to leading and organizing the World Conference on RPL, Professor Bashiri is currently working on several research studies including the effect of prednisone treatment in RPL women, immunological aspects of RPL and others and he is involved in establishing RPL clinics in different countries and he is a consultant to several RPL centers in the world.