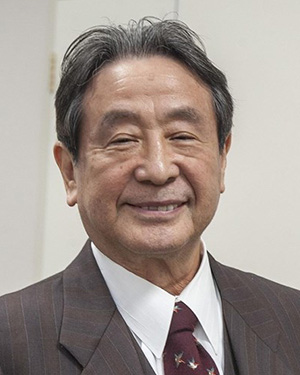 Dr. Atsushi Tanaka is the director of Saint Mother Hospital, located in Kita-Kyushu City, Japan and a Visiting Professor of Juntendo University Obstetrics and Gynecology in Tokyo. He obtained his postgraduate degree from the Department of Obstetrics and Gynecology of Juntendo University in 1983. He reported the first successful GIFT in Japan in 1985. He established Saint Mother Hospital in 1990, which has since become one of the premier fertility clinics in Japan and now conducts 8000 ART cycles yearly. He reported the first successful Micro fertilization in Japan in 1992. His manuscripts about ROSI were published in PNAS in 2015 and Fertility and Sterility in 2018. He has a long-standing interest in the scientific aspects of reproductive medicine, biology and spermatogenesis. He served as an expert member of scientific committee, Ministry of Health, Labor and Welfare of Japan, from 1998 to 2000. He has been a vice-president of the Japan Society of Fertilization and Implantation and he has organized the annual congress of the society as a chairman since 2008. He was a president of Japanese Institution for Standardizing Assisted Reproductive Technology (2009-2011), and a councilor of the Japan Society for Reproductive Medicine and the Japanese Society of Mammalian Ova Research. He won the ASRM STAR AWARD 2015, 2016, 2017, 2018, 2019 and 2020 and became a member of ASPIRE board in April 2016. He received the Medical Achievement Award for 2018 from Bonei Olam in New York City. He is now doing research on treatments to rescue aged oocytes or ovaries. He has reported the new controlled ovarian stimulation method for PCOS avoids OHSS and produces high-quality oocytes.