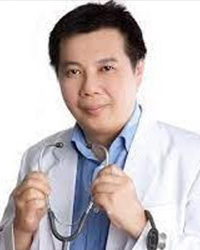 In his daily life, Binarwan Halim is a lecturer, teaching medical students, Postgraduate in Obstetric and Gynecology Programme, Reproductive, Endocrinology and Infertility (REI) Training Programme, Master Degree of Biomedical Programme, Doctoral Programme in Faculty of Medicine, Universitas Sumatera Utara, and various other faculty of medicine in Indonesia. In addition, he also focuses on fertility and reproductive endocrinology, especially in assisted reproduction, for instance, Intrauterine Insemination (IUI) and In Vitro Fertilization (IVF) from 2000 until now.

Binarwan Halim is a pioneer in providing IVF services on Sumatera Island by opening the first IVF clinic outside Java Island in 2002 and has handled more than a thousand cases of IVF per year. He is the founder and director of Halim Fertility Center (HFC) IVF center in Medan, North Sumatera, Indonesia. Halim Fertility Center is one of the national IVF training center in Indonesia. Apart from providing infertility services, he has also performed many reproductive surgeries to help infertile couples have a child.

From 2000 to 2021, Binarwan Halim has published many scientific publications related to obstetrics and gynecology in national and international journal articles. His main research interests include infertility, assisted reproduction, early pregnancy loss, endometriosis, and reproductive genetics. He has also published 13 books from 2006 to 2019 in collaboration with the Indonesian Society of Obstetrics and Gynecology (POGI) and several other book publishers. He is also active as speaker and moderator in various obstetrics and gynecology scientific events national and international.

Until 2021, Binarwan Halim has received many awards both from within and outside the country regarding services in the field of Obstetrics and Gynecology both in terms of Research and Development of IVF in Indonesia, for instance by winning the category award “The Best IVF (In Vitro Fertilization) Clinic in Excellent Service of The Year” by the Business Challenge Award in 2016. Currently, he is also active in several health and non-health business fields.