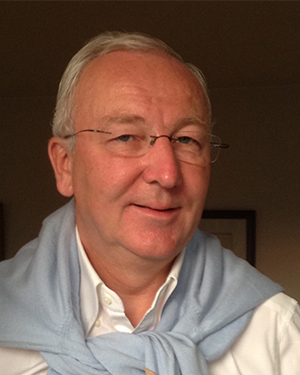 Professor and Chair,
Head of the department of Obstetrics and Gynecology II
and Reproductive Medicine,
Cochin University Hospital, Paris, France.

Charles Chapron is full Professor of Obstetrics and Gynecology at the University Paris Descartes, Faculty of Medicine, since 1999. He was named Head of the department of Obstetrics and Gynecology II and Reproductive Medicine at Cochin University Hospital (Paris, France) in 2005. Since 2013, Professeur Chapron was nominated Head and Chair of the Department “Perinatologie – Periconceptologie – Gynecologie” coordinating activities of the three Departments of Obstetrics, Neonatalogy, Gynecology and Reproductive Medicine. From 2014 to 2020, Professor Chapron was named Vice Dean of the Faculty of Medicine at the Paris Descartes University, in charge of strategy and medical project. Professor Chapron was nominated Visiting Professor at the Siena Univertsity (italy) in 2015, and at the Zhejiang University (Hangzhou China) in 2019.

In addition, he is the Chairman of two university diplomas and director of 20 medical theses. He has authored and co-authored about 435 peer-reviewed papers in international (314 publications) and in national (121 publications) scientific journals concerning surgical laparoscopy in gynecology, reproductive medicine and endometriosis. Publications were cited more than 26 984 times and his H-factor is 88 (indice i10 is 292). Professor Chapron has performed over 1 000 scientific presentations in international (695) and in national (325) meetings. He is the coordinator of 12 scientific books and the author of more than 80 chapters in other scientific books.

Professor Charles Chapron is Member of several national and international Societies and is reviewer for a number of journals.