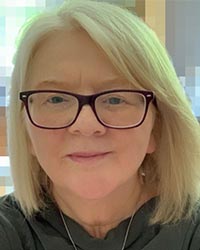 Short Bio:
Professor Evelyn Telfer holds a chair in Reproductive Biology at the University of Edinburgh and heads a research group in Ovarian Development within the Institute of Cell Biology and Genes and Development Group (CDBS). Her group has a particular interest in developing in vitro models to support oocyte development from immature stages in domestic species and human. Evelyn’s group has developed a culture system that supports in vitro growth of human and bovine primordial follicles to the Metaphase II stage. They are now using these models to study the potential of female germ line stem cells isolated from adult ovaries in a range of species.
Evelyn has published widely in this area and is a regular invited speaker at International meetings, she has several international collaborations and her research is funded by the Medical Research Council U.K. and The Wellcome Trust. She contributes to several international committees and has an interest in the Public understanding of science. Evelyn contributes to workshops and delivers lectures at science festivals and other public forums.
Her group has won several awards at international meetings and in 2019 she received the distinguished scientist award from the Society of Reproduction and Fertility and delivered the Anne McLaren memorial lecture at the U.K. Joint Fertility Societies meeting. Evelyn was named one of Porter magazines Incredible Women of 2018 and was appointed Commander of the Order of the British Empire (CBE) in the Queen’s Birthday Honours 2021 for services to female reproductive biology.