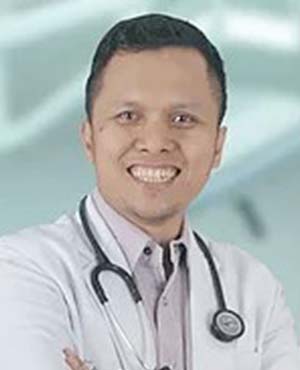 Herbert is the Chairman of Gynecology Endoscopy Taskforce of Indonesian Society of Obstetrics and Gynecology since 2018 until recent time. He is also the training director in Indonesia Gynecology of Endoscopy Society at RSCM Kintani Gynecology Endoscopy Center. Having strong passion in education and training, he actively work in Indonesian Gynecological Endoscopy Society, running many trainings and workshops on gynecology endoscopy in Indonesia. Herbert is a staff in Reproductive Health Division, Department of Obstetrics and Gynecology, Faculty of Medicine, Universitas Indonesia. He also has huge interest in family planning and contraception. In 2018 Herbert has been assign as president elect for Perkumpulan Kontrasepsi Mantap indonesia (PKMI). Herbert had his minimally invasive training focused on deep endometriosis surgery in Clermont Ferrand – France with Pr. Michelle Canis in 2014, giving endometriosis, pelvic pain and contraception as his main clinical and research interest.