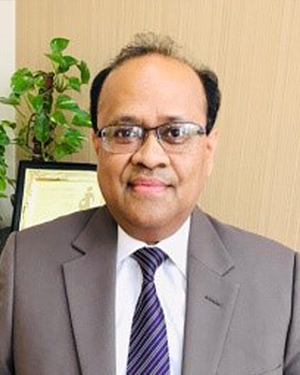 Dr. Maruf Siddiqui graduated from Dhaka Medical College in 1998 and completed his Fellowship in Obstetrics & Gynecology from the Bangladesh College of Physicians & Surgeons. He obtained his Fellowship in Infertility & ART from Mahidol University, Bangkok, Thailand in 2009. He also obtained a Diploma in Reproductive Medicine and Embryology and a Diploma in Gynaecological Endoscopy from UKSH University Hospital, Germany. He was awarded the Shan S Ratnam Young Gynecologist Award (SSR-YGA) by the Asia Oceania Federation of Obstetrics & Gynecology (AOGOG) in 2009 at Auckland, New Zealand.

Prof. Siddiqui is the founder Editor-in-Chief of Bangladesh Journal of Fertility and Sterility (BJFS). He is the author of a chapter of the Book ‘Aromatase Inhibitor’ and ‘Sclerotherapy in Endometrioma’ published by Nova Science Publishers, USA in 2009 and 2013 respectively. He has more than 20 publications including 6 International publications and presented papers in numerous International and National Conferences. He is the current Joint Secretary of the Fertility & Sterility Society of Bangladesh (FSSB). He is also The Country Representative of Bangladesh at Asia Pacific Initiative For Reproduction (ASPIRE).